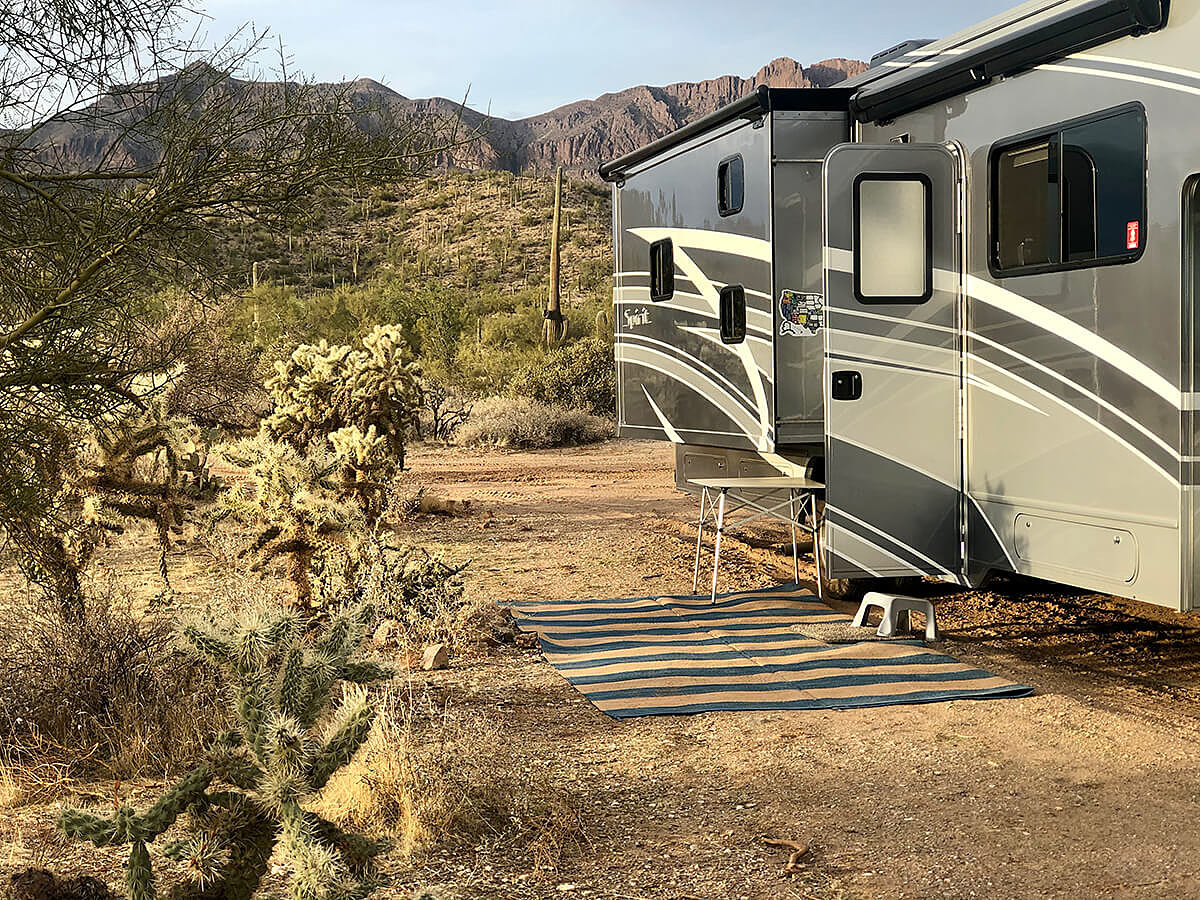 After leaving Blythe, CA, we headed into Phoenix, AZ. Nick found a boondocking spot in the Superstition Mountains. We were surrounded by beautiful views and cactus - so. many. cactuses! 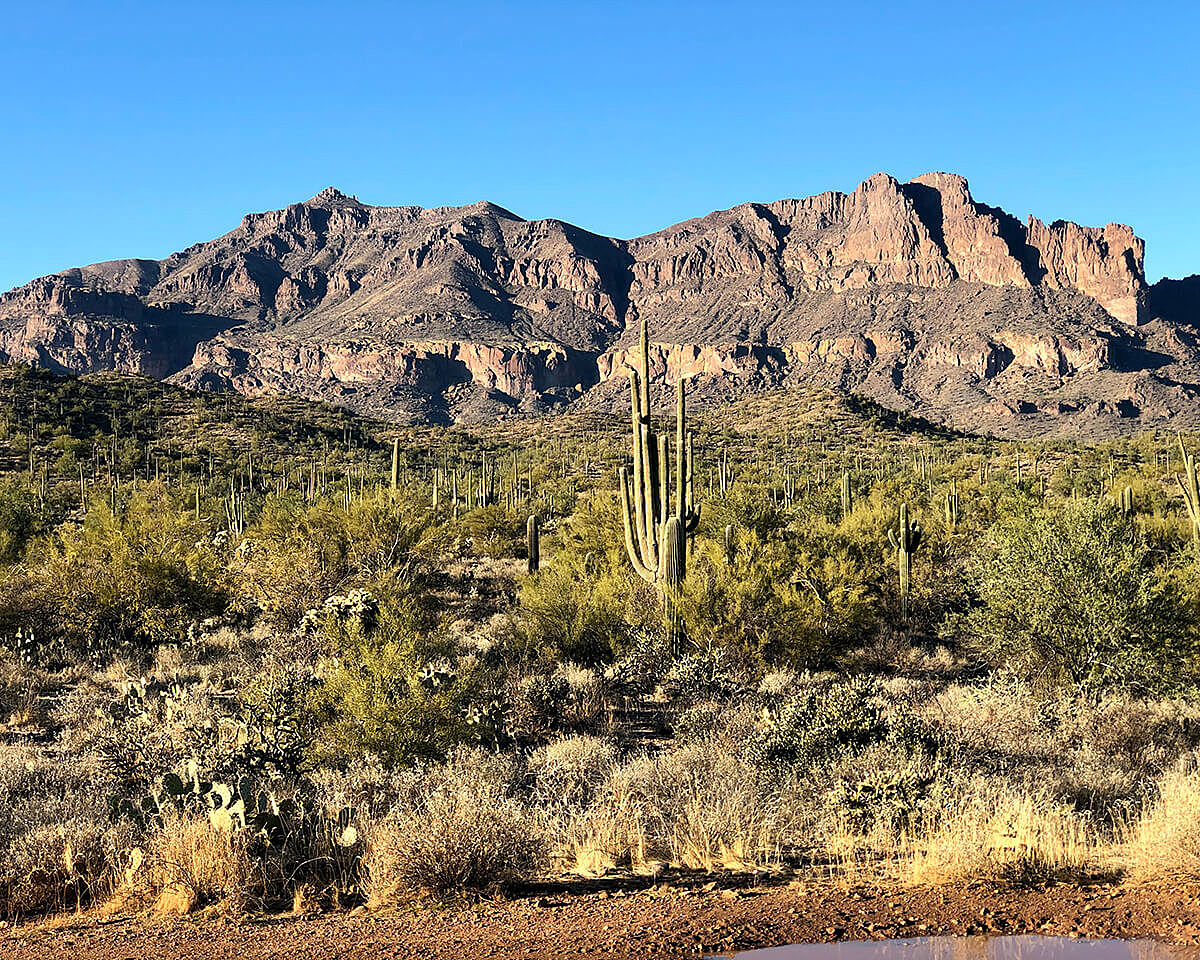 We spent a week exploring the area.

We drove down the road from our boondocking spot to check out the Wave Cave. The parking area is kind of small and can fill up quickly. We got there early and had no problems parking. The trail is not marked well, at all! It caused a little bottle neck of hikers as we all stopped in the same area to try to figure out which way to each of our destinations! Once we figured out where to go, the rest of the trail was marked by white arrows spray painted onto rocks along the path. The trail was a little more crowded than we are used to but not awful. (It was a Sunday so we knew the trail would be a little busier.) The hike was rated as moderate - and most of it was - until the end! There was more scrambling as the trail became rockier. The cave itself was pretty neat. Amazing views and a cool “wave” rock formation. Unfortunately, the day we were there, there was a group of 12 people who took over the wave for a while, taking photos of their group. Then they sat down, ON THE WAVE, to have a snack. Y’all! Please don’t do this! The wave is the whole reason people hike to this spot. Take your pictures, take in the view, then scootch-a-mooch off to the side so the next people can take their pictures! 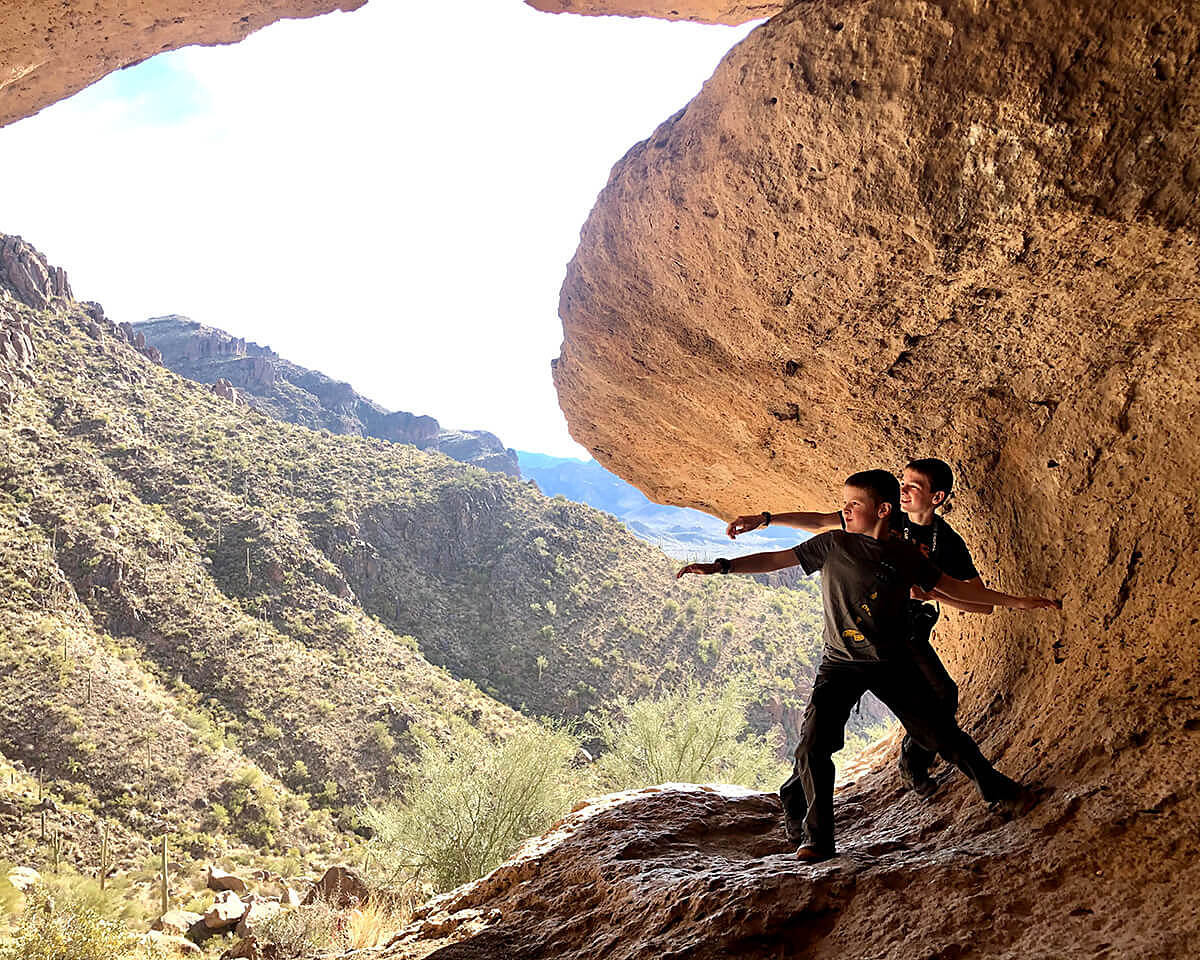 We also checked out the Hieroglyphics Trail in Gold Canyon. This trail was a little tougher for us only because we went later in the afternoon (we usually get out early to avoid crowds and heat). There were no crowds but the temps were in the upper 70s. That’s a usually no-go for us! 60s is our max for comfort. 50s are preferred. 70+ just leads to complaints (from all of us) and sweating (gross!) Anyway, after seriously considering turning back and skipping the hike, we pushed through. The hike was neat and mostly on the easy/moderate side. There was some scrambling toward the end. The hieroglyphs were neat - not necessarily easy to get to unless you’re comfortable on rocks. If you follow around to the right side of the pools, you can get a view from across the way with less sketchy access! 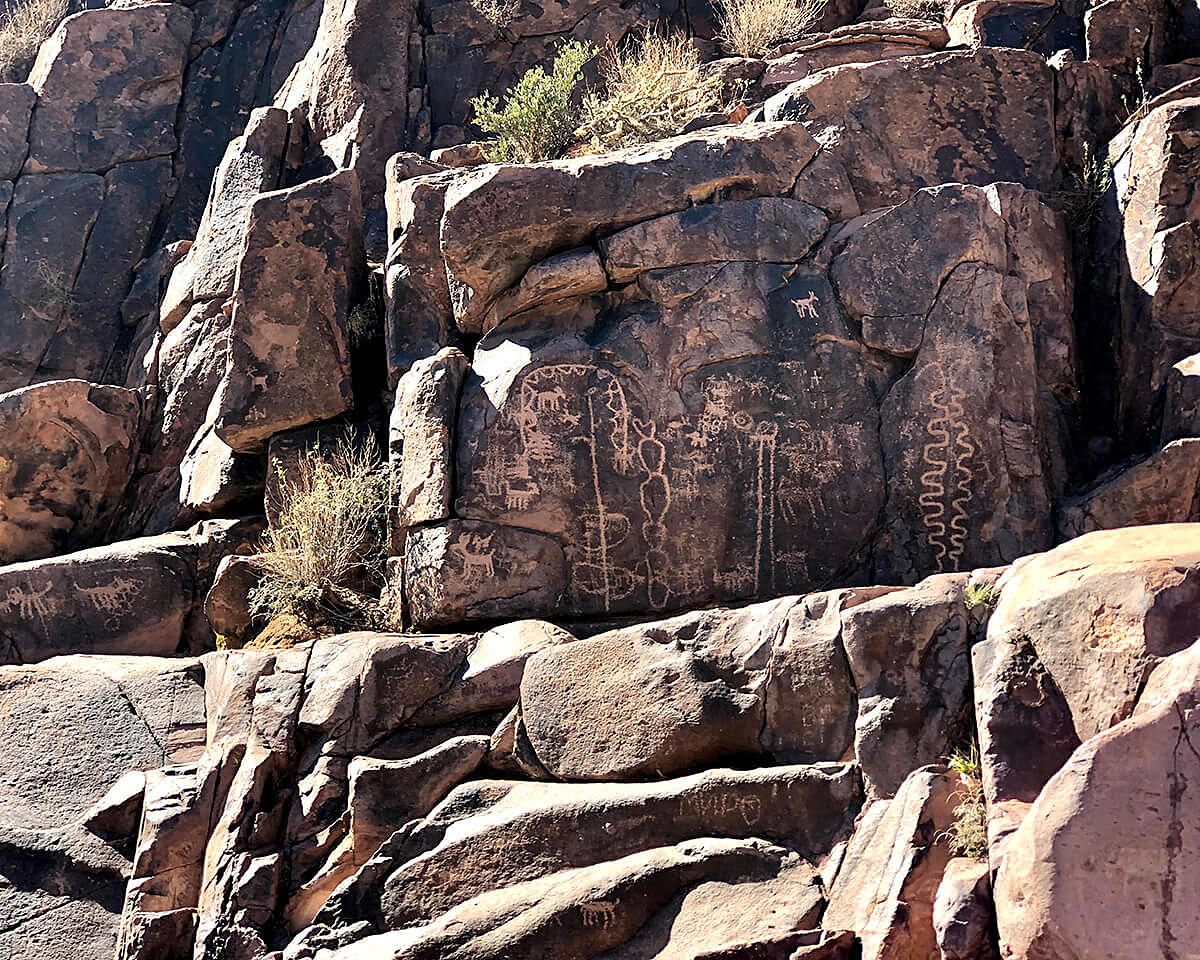 The boys and I headed out to the Phoenix Art Museum one weekday morning while Nick was working. We spent a few hours exploring and trying to take everything in. The museum is pretty large and was a little bit of a maze to get through - wait, did we see this part already? how do we get back over to this display? where do these stairs lead?! Overall, we really enjoyed it! They even have a scavenger hunt that you can do if visiting with kids and you get a little prize at the end for completing it! 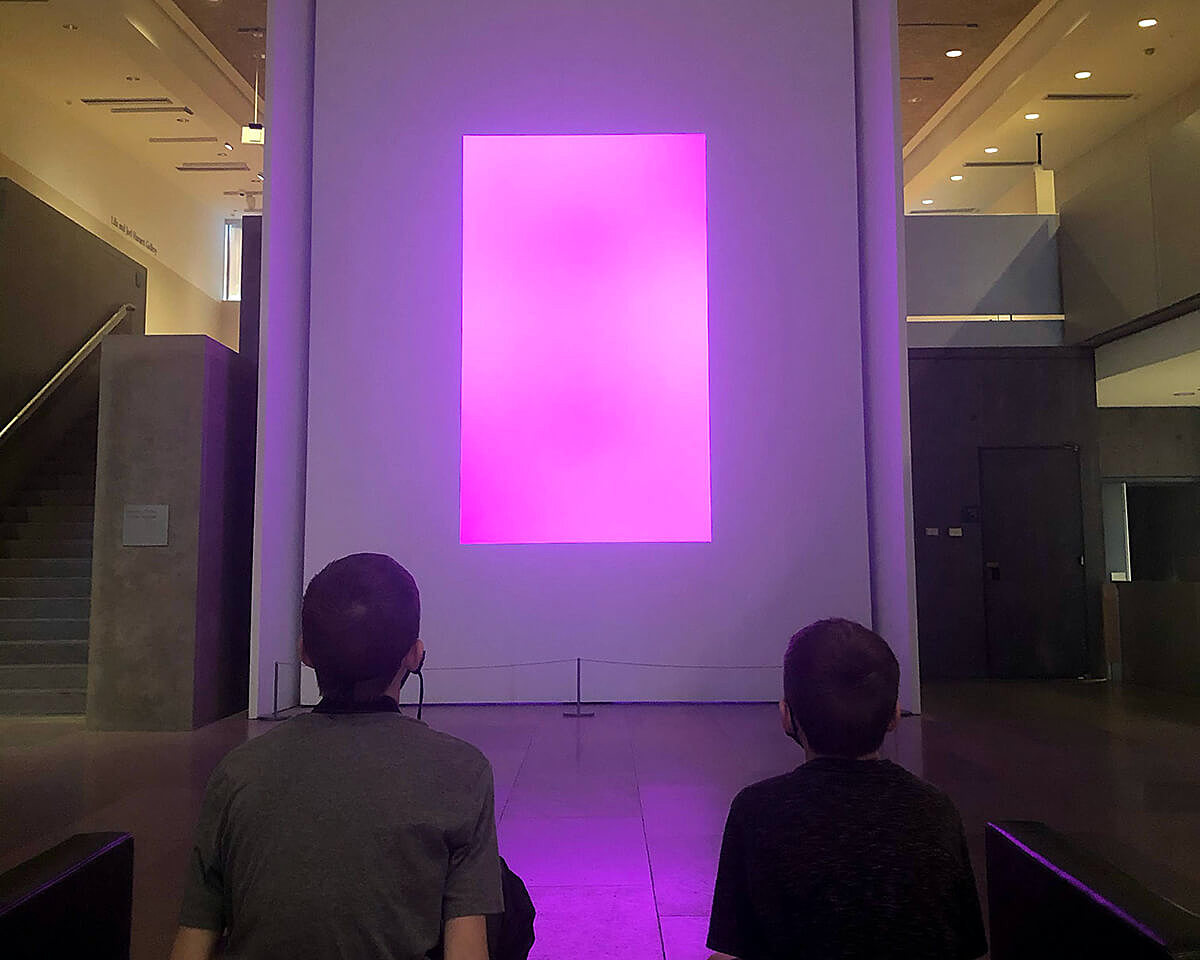 We also made a trip out to Lost Dutchman State Park to check out Treasure Loop Trail. This park is on the other side of the Superstition Mountains from where we were camped. There is a $7 entrance fee. The trail is nice and wide and feels very open. My Garmin said the hike was a 500ft elevation gain but it felt like more than that! The views are pretty and we enjoyed the hike, but I think if we went back, we would give ourselves more time to check out some other hikes. 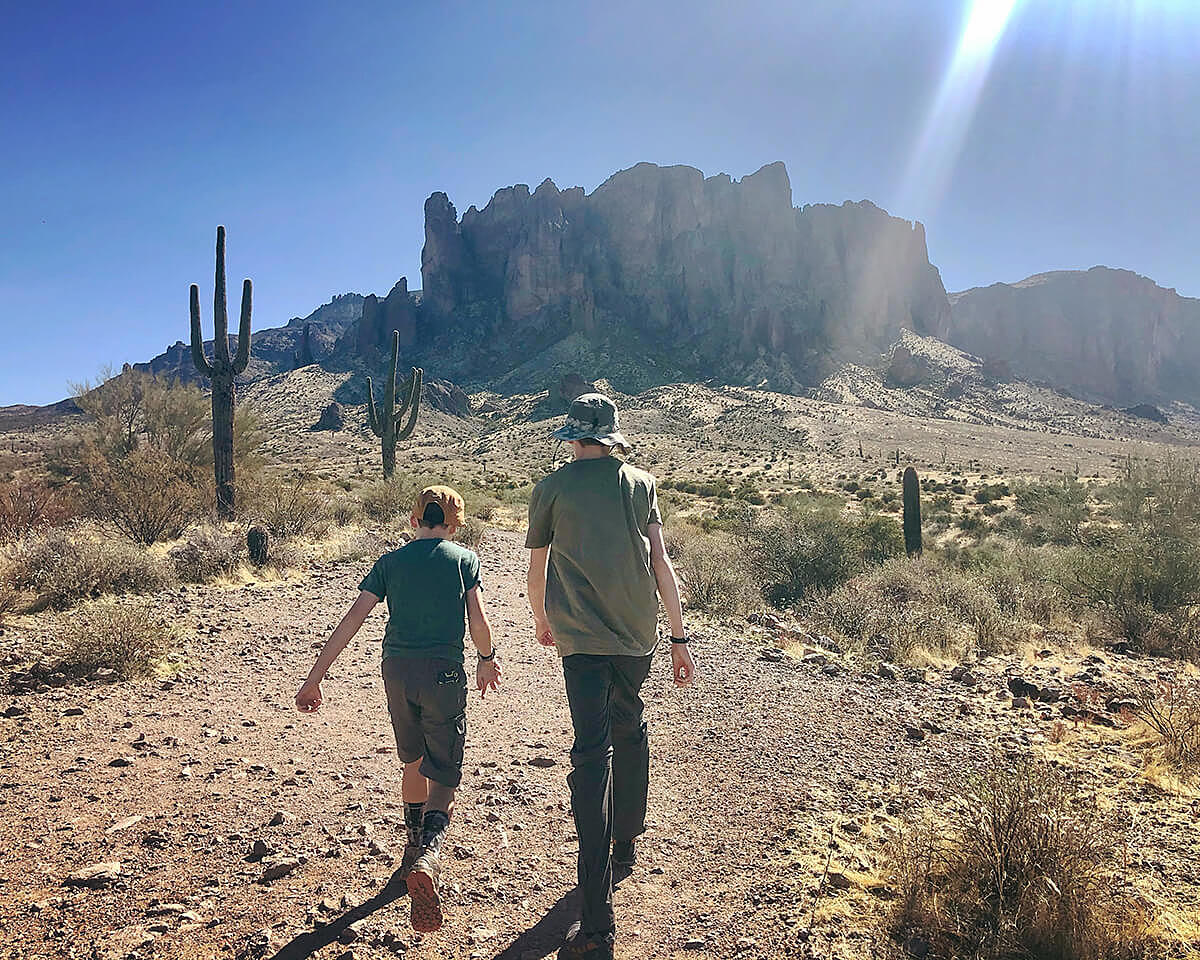 There is plenty to do in the Phoenix area to keep you busy!