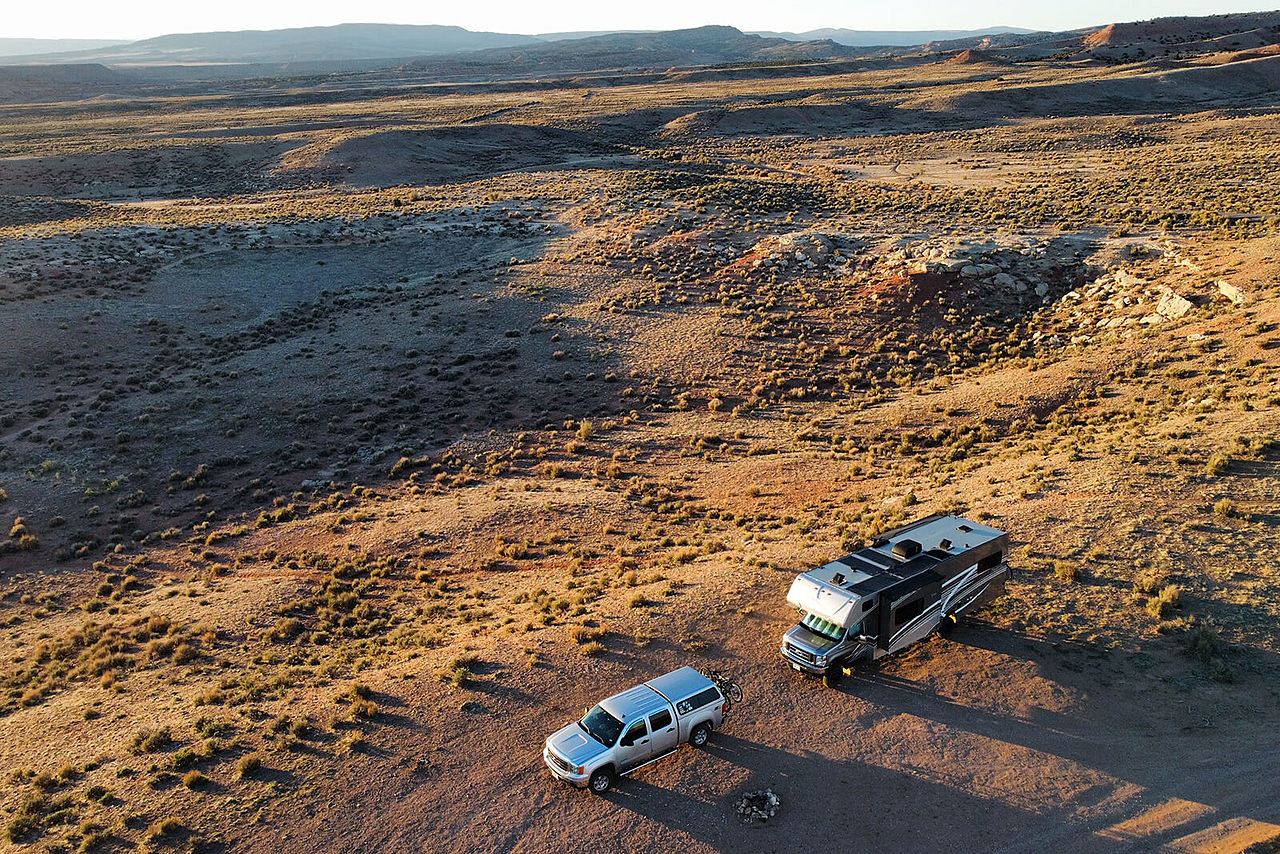 After our exploring a little around Provo, Utah, we headed into Vernal (aka Dinosaurland!). If you or your kids are into dinosaurs, this could be a place for you! Lots of dino-themed things all around town!

We visited the Dinosaur Trackways off of 191. It's a relatively short hike (less than 1.5 miles round trip?) down to a reservoir. The trail is mostly rocks and sand and it can be a little easy to lose in some spots - but there are dino tracks painted onto the rocks along the trail. So with a little looking ahead, it's pretty easy to stay on the path. Once you get down to the water, the area gets a little steep, so be mindful of your step! There are a few informational signs that are supposed to help you find the trackways. We saw what *could have* been dino footprints, but it was honestly a little hard to know for sure. There are supposed to be more tracks closer to the water but depending on the water levels in the reservoir, they may be underwater. That was the case the day we went. And we weren't super stoked about walking down the steep rockface toward the water to investigate! 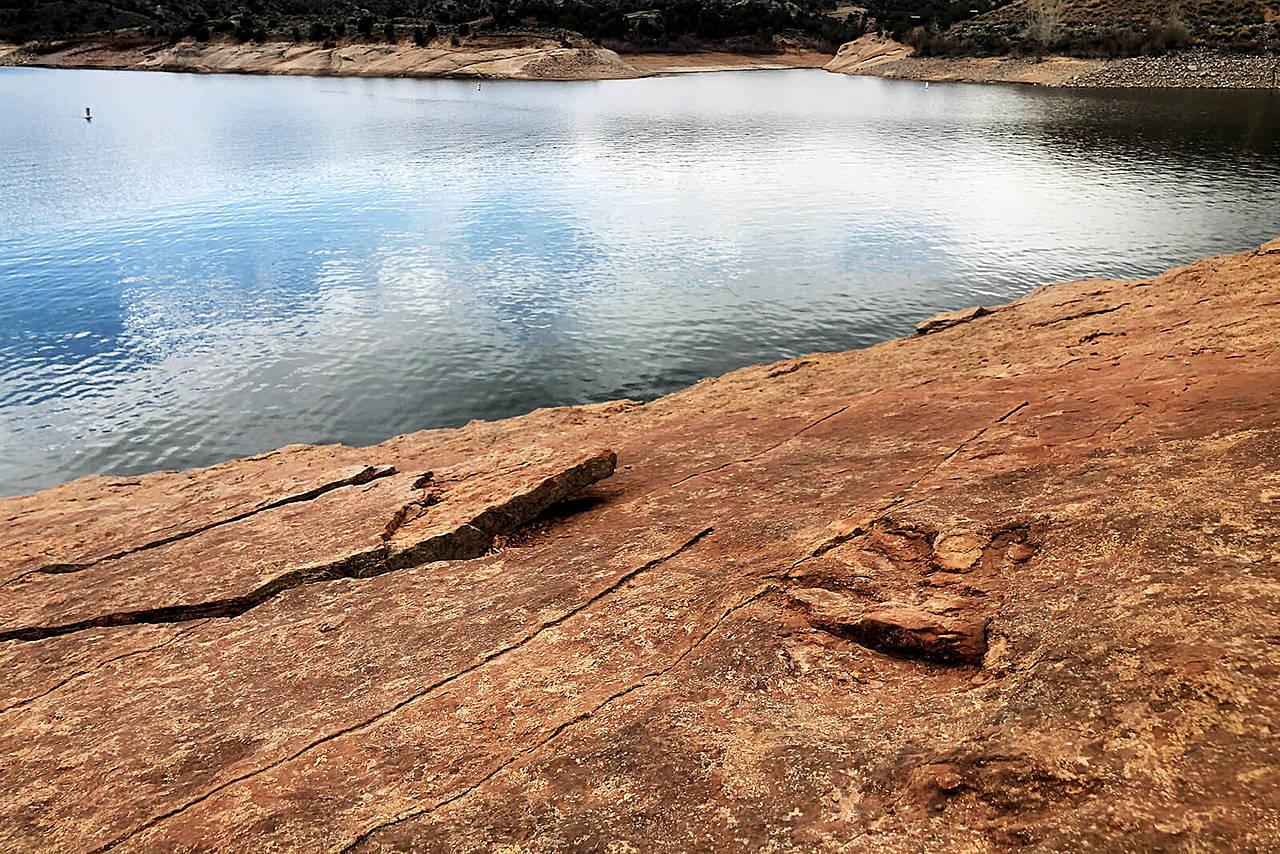 The next day we took a drive out to Fantasy Canyon - south of Vernal. It was about an hour's drive through a lot of nothing. Then a lot of oil derricks. Then through what looks like an oil company's property but it's actually BLM. There are signs to follow to get you to Fantasy Canyon. The place was smaller than I had imagined - but just as strange as pictures had made it out to be! Odd sandstone sculptures all around with trails leading you through the area. The sandstone can be delicate so do be mindful of the rock formations around you. But very neat to see! 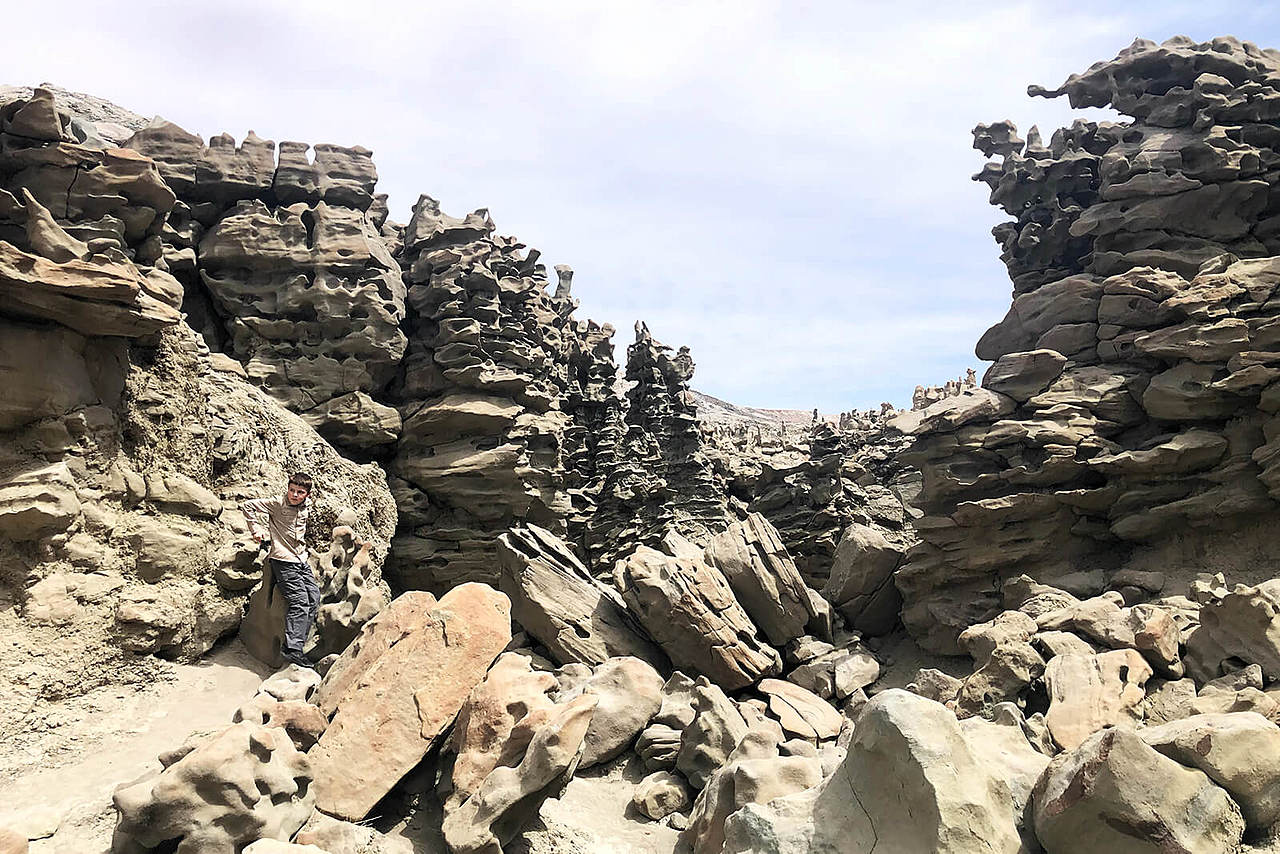 On the way back from Fantasy Canyon, we stopped in the Ouray National Wildlife Refuge. It's a quick drive where we were able to see a few different types of birds. We even saw a porcupine - in a tree! There are supposed to be other animals in the area but we didn't see any on our trip. 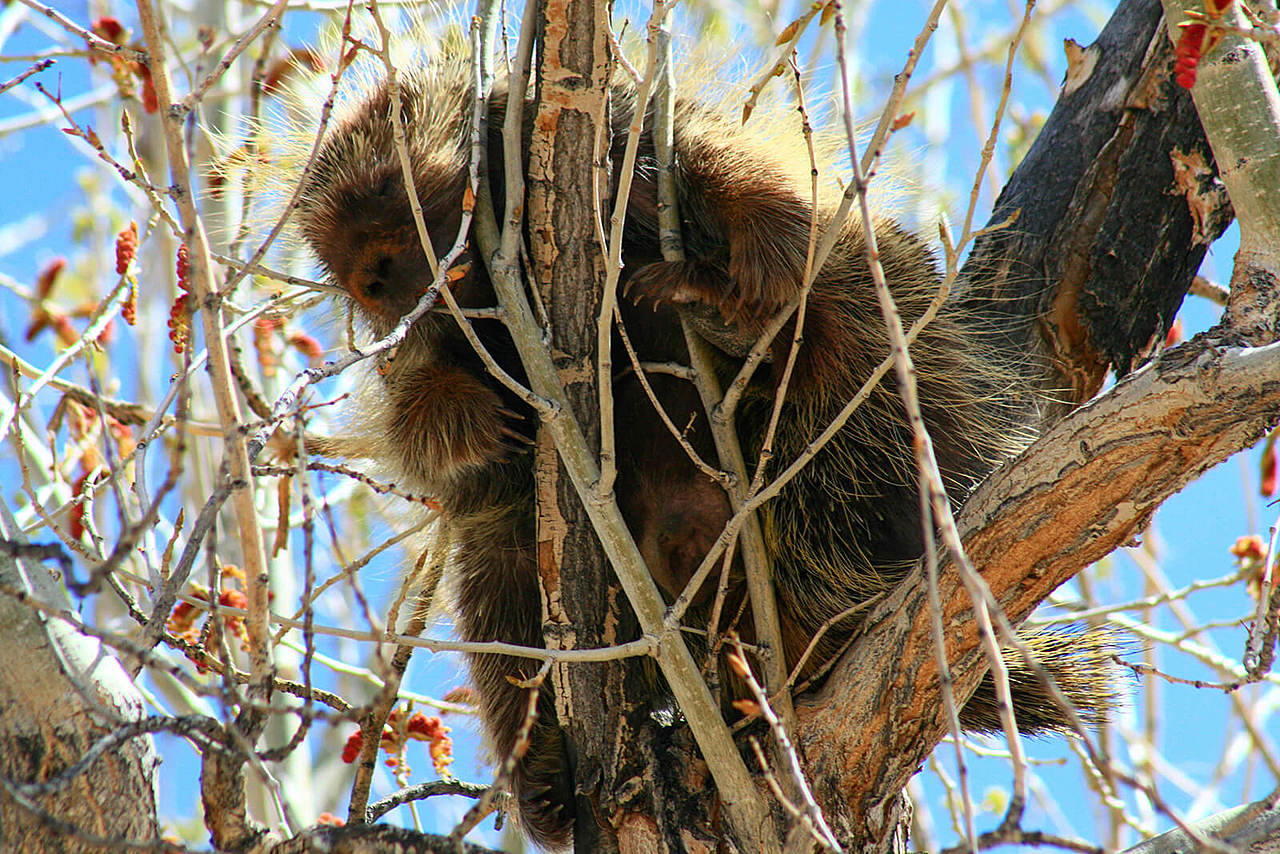 We drove north the next day into Flaming Gorge. We stopped to take in the views at Red Canyon Overlook. It was beautiful! We had read that some people would compare this to the Grand Canyon. We would NOT! While this area is very pretty, it doesn't compare at all to the Grand Canyon. We have been to a couple of places that definitely rival the Grand Canyon - Red Canyon and Flaming Gorge do not make the list! The area was still mostly shut down for the season. We could see making a trip back out here after things open up to be able to experience more of what there is to see and do. 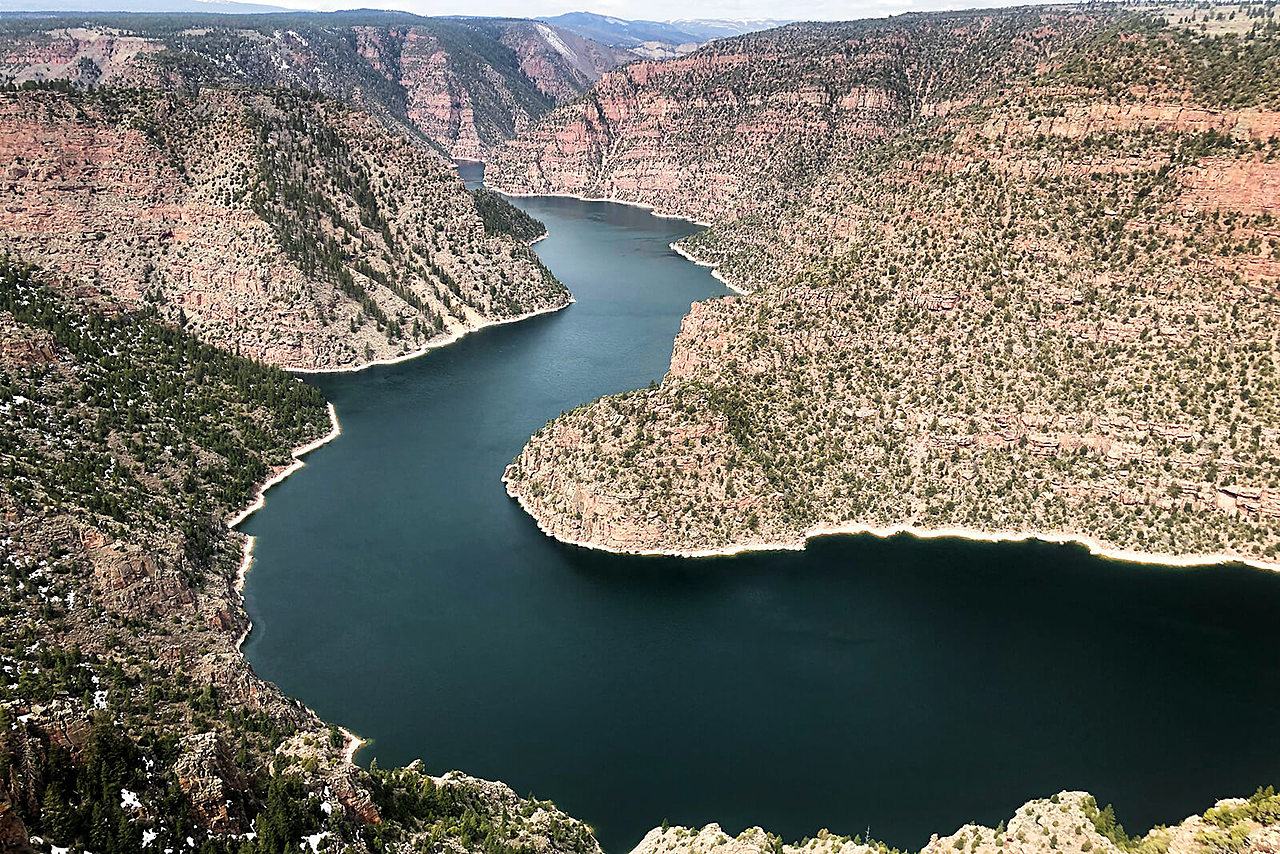 We drove up 191 again later in the week to visit Moonshine Arch. We had initially tried to go on a Sunday (we know better than to do things like this on a weekend!). The parking lot is small and was pretty full. We decided we'd rather come back during the week. I am so glad we did! We had the entire place to ourselves. We even had a chance to play around with the drone a bit. The arch is really neat in that it seems to come out of nowhere. You approach it in such a way that you don't even see that arch until you come around the last turn! Such a neat surprise! 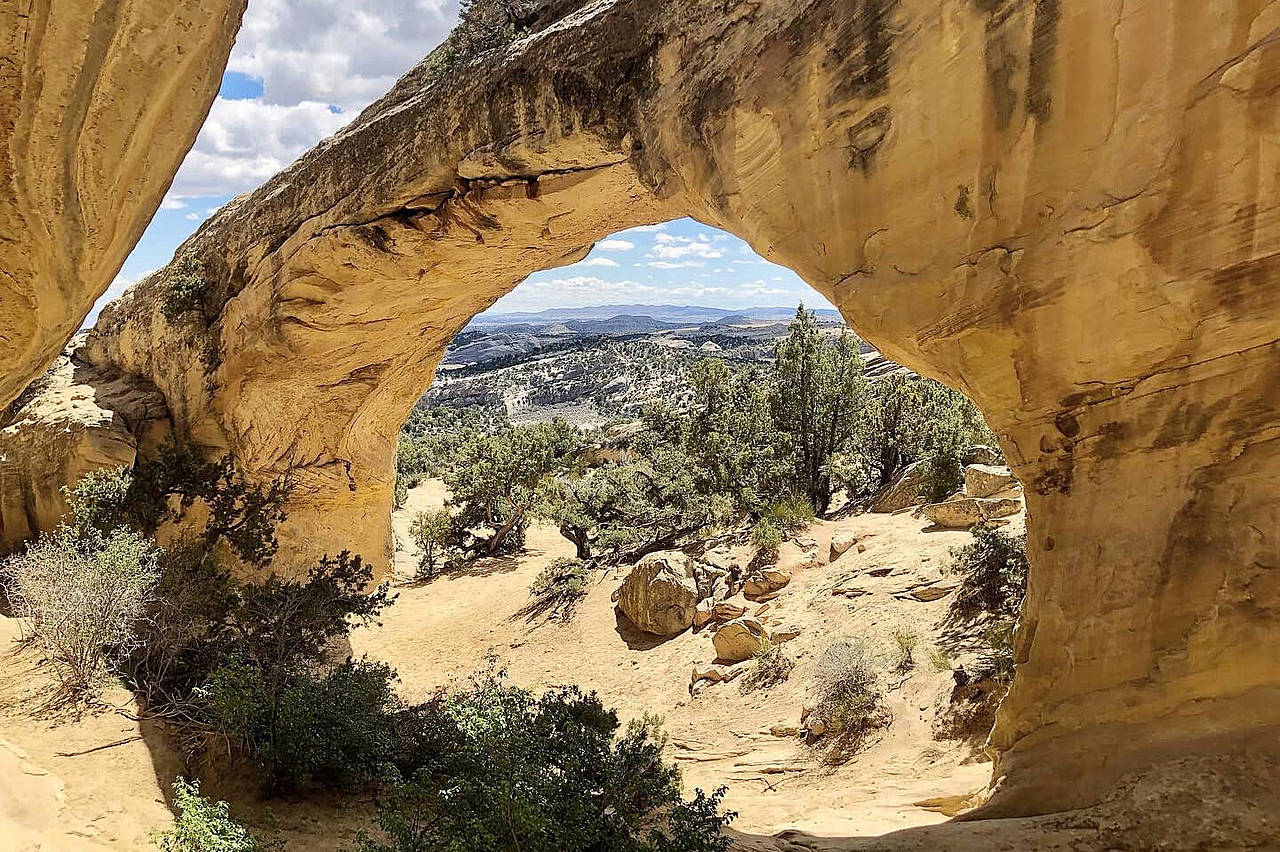 Then we spent a little time around the town of Vernal. There are no shortage of dino statues and murals around town. One of our favorite murals is in Cobble Rock Park! Definitely worth a quick stop! 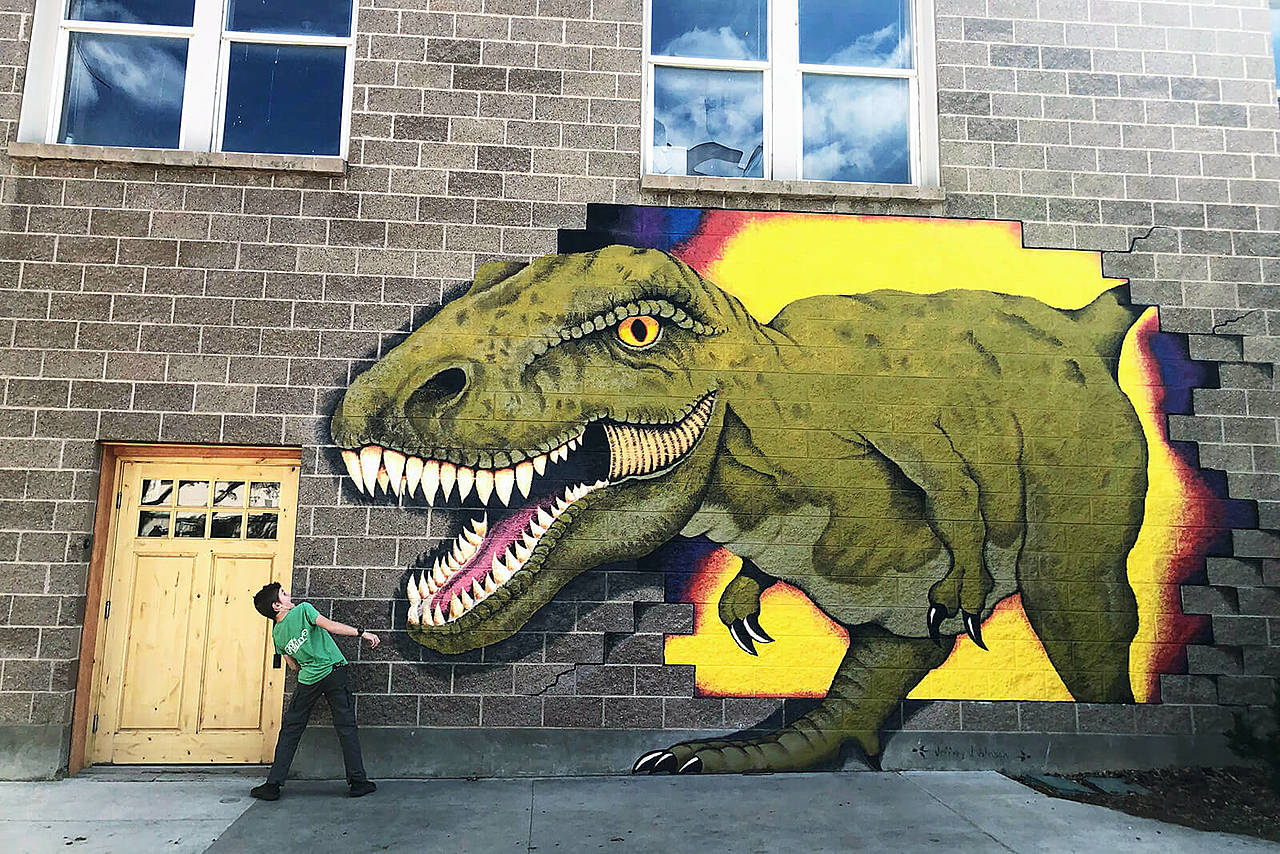 To keep our dinosaur theme moving, we're heading into Dinosaur, CO next!