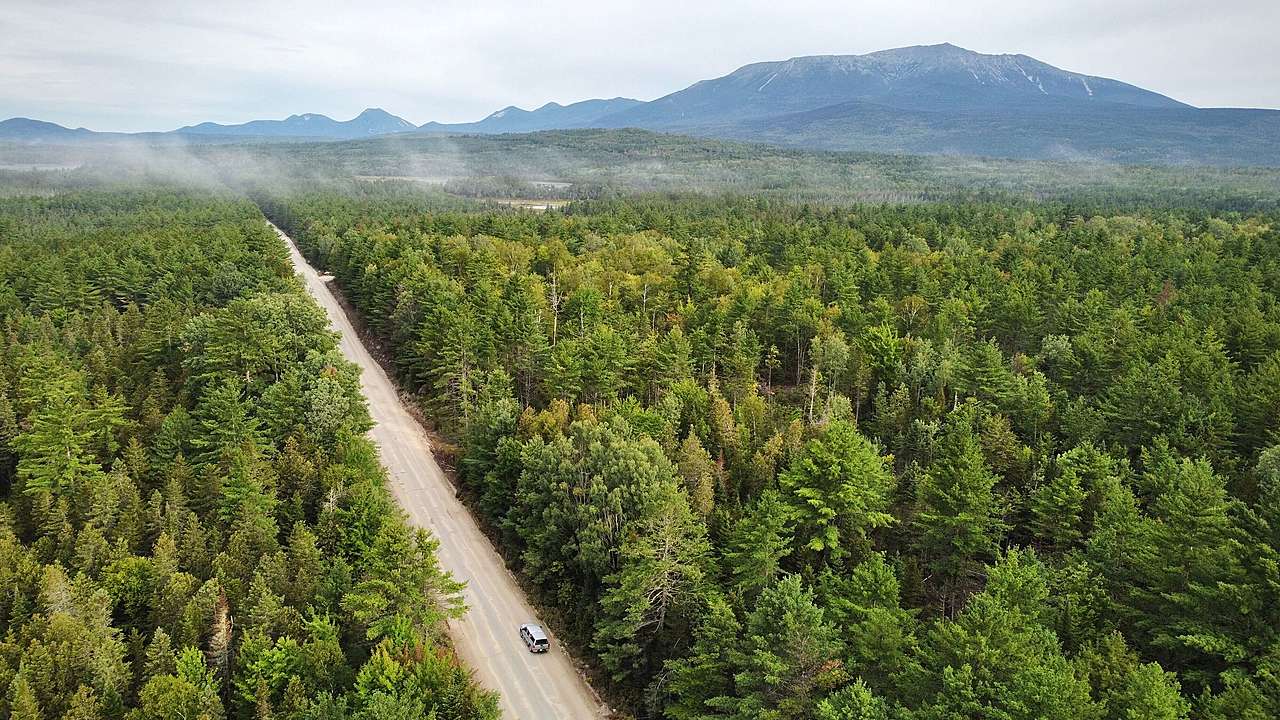 We typically we travel to a new city each week. We enjoy the pace, and it prevents us from getting bored, as we tend to get antsy after 10 or so days in one place. But this week we ended up moving twice.

We had booked this campground up in Millinocket because we wanted to visit Mount Katahdin. Only I completely messed up and didn't realize that there's no dogs allowed in Baxter State Park. Like, not even in the car.

So we ended up in this backwoods campground with very little to do.

And by very little, I mean VERY little.

There's a 96 mile long private road built by the Great Northern Paper company in the early 70's. It's open to the public for recreational use, so we explored a lot of this road. There's absolutely nothing around. It is very peaceful, but very isolating. 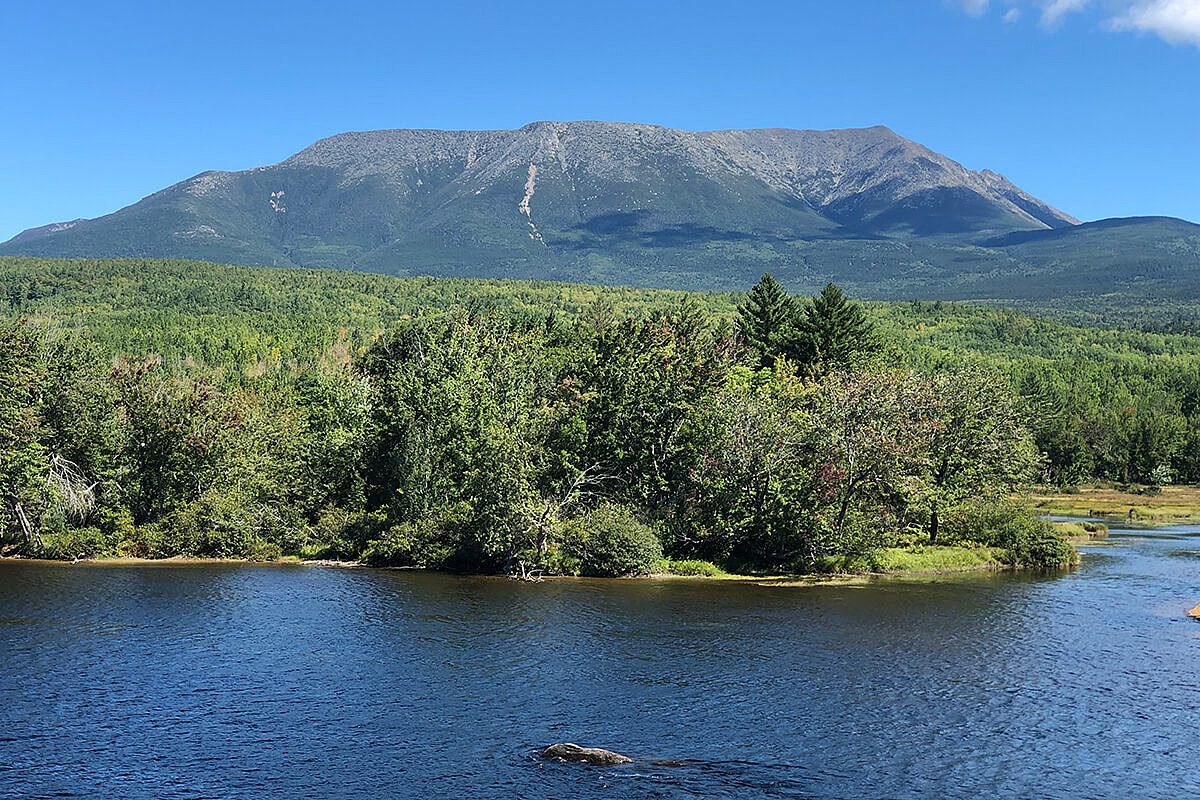 It does have some great views of Mount Katahdin, and most of it follows along the river.

This newly minted National Monument has no signage, no services, and no buildings. It's 87,000 acres of pure, un-adulterated wilderness. No power lines. No service. No people. This is the type of place where you could get lost making a wrong turn. 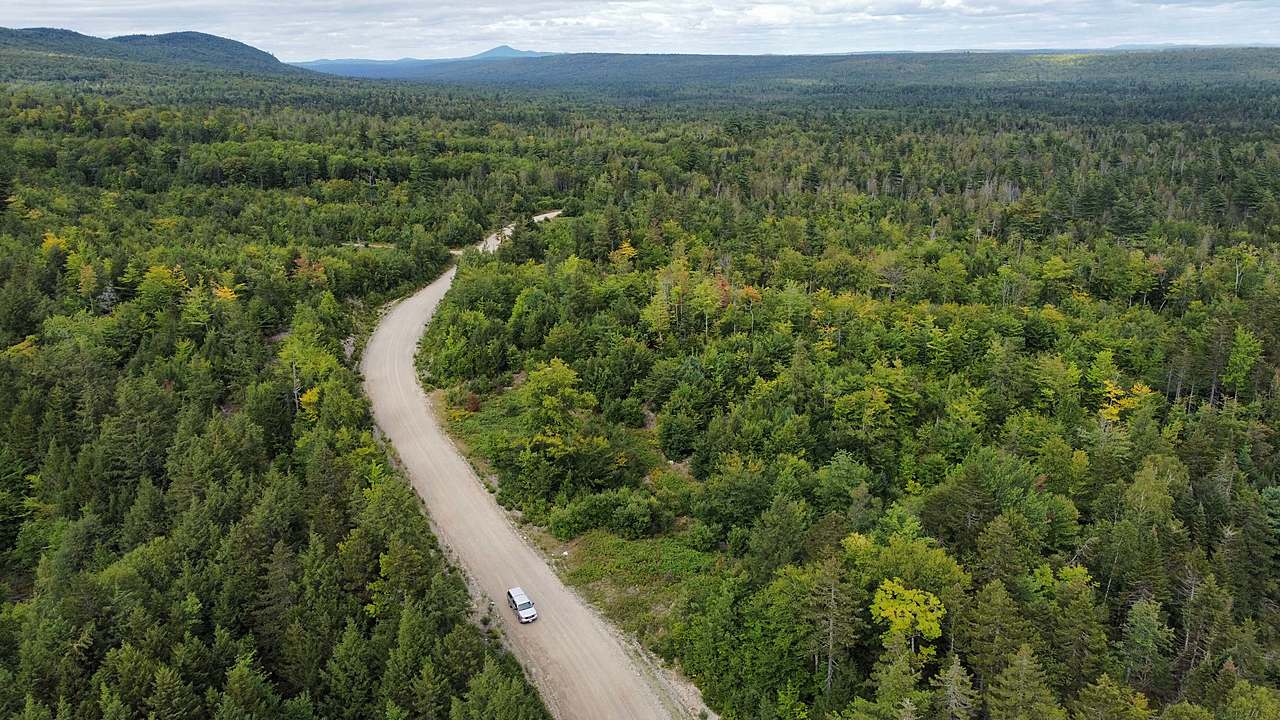 It was very remote, and this started to make me a little apprehensive. I've always been able to get my bearings and am not the type to just get lost, but you could easily see how someone could get mixed up around here. All the logging roads look the same, and with no signs, you're left to compass and maps. 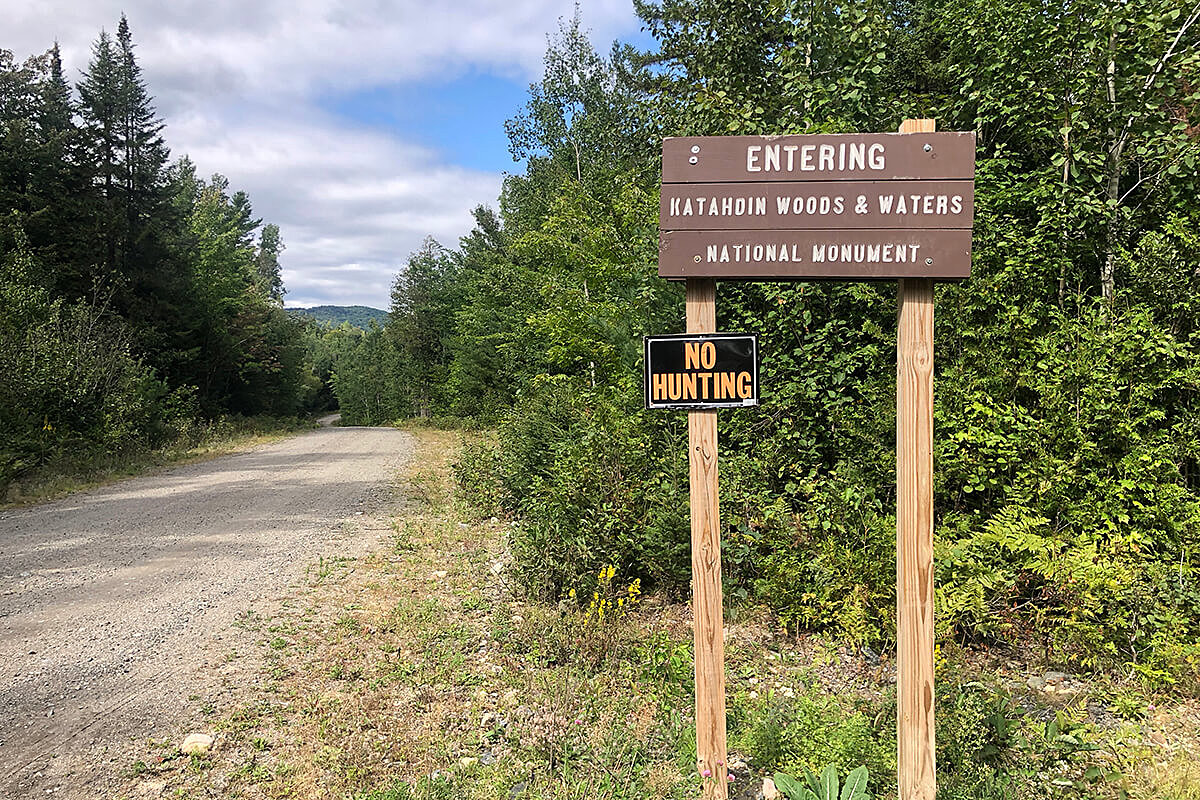 I can't recommend coming out here, unless you know what you're getting into. If you do, I highly suggest at least a compass and a map (or a cached version of the area in Google Maps) for when your GPS steers you wrong.

We stayed the weekend and left the campground early for Bangor. When we arrived at Wilderness Edge Campground in Millinocket, we spent nearly an hour trying to get our class c leveled. For the initiated, you can't level a class c as much as you can a 5th wheel or travel trailer. And the front tires are not supposed to be off the ground. And definitely not the back tires because that's where the emergency brake is.

The campground just wasn't level. So we approached the front and asked if they had anything else available. The lady was nice. Her husband, was not. He became combative, and proceeded to tell me that I was doing something wrong because I couldn't get level. 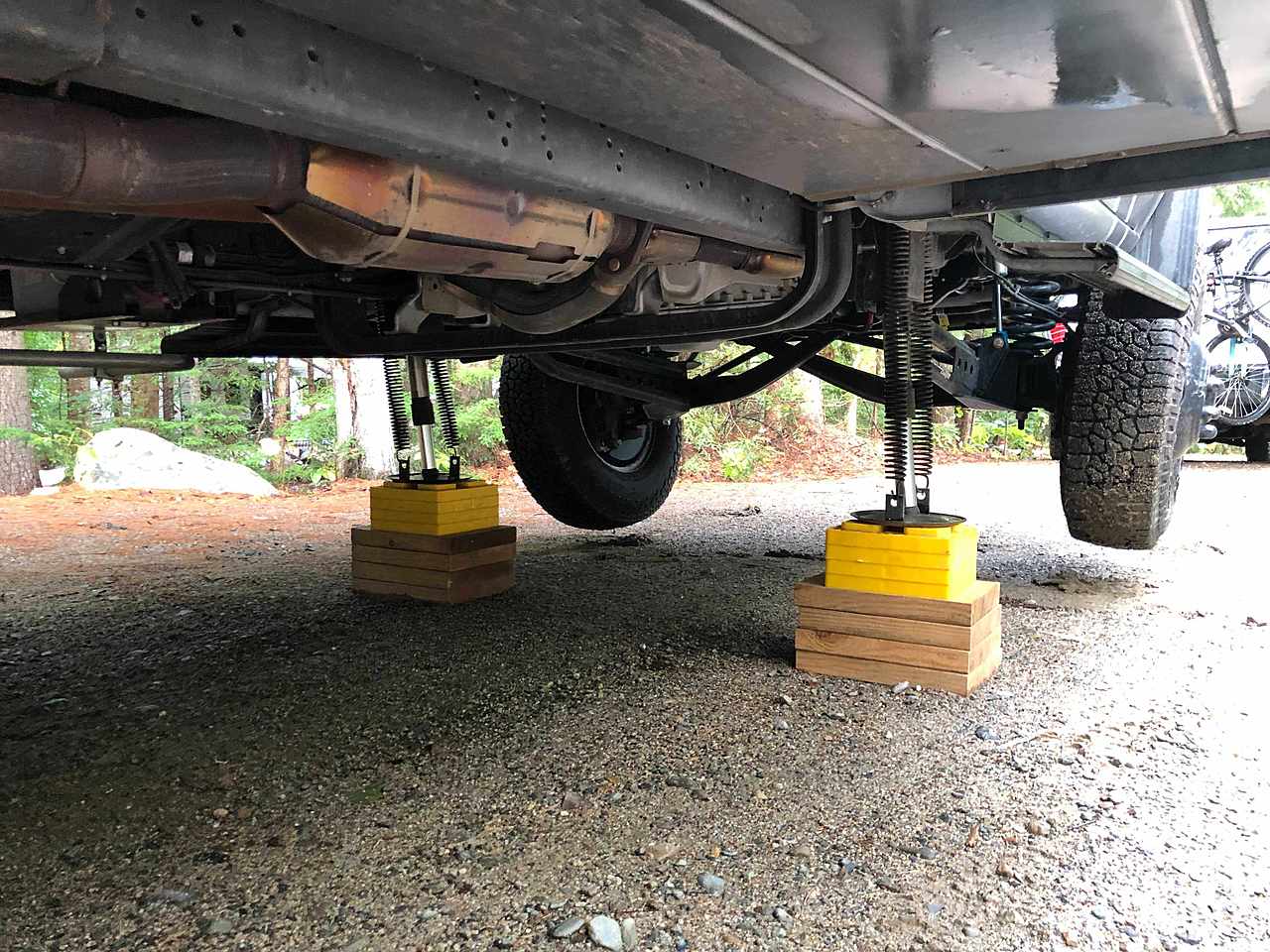 We've never encountered a business like this before. It was strange for them to argue the fact with us, without even coming to see what we were talking about. And to be insulting and berating to a customer when you're addressing safety concerns was just bizarre.

They were all also carrying, which typically isn't an issue for us (we have Texas plates), but in this case it didn't make us feel great.

We hightailed it to another campground in Bangor and finished our week there.

Once in Bangor it was nice to be around civilization. The Pumpkin Patch RV park was very, very nice, and catered to full-timers. You paid $10 and could wash your RV! Very level, and good proximity to a few things to check out in Bangor. One of which, is the 31 ft tall Paul Bunyan statue. 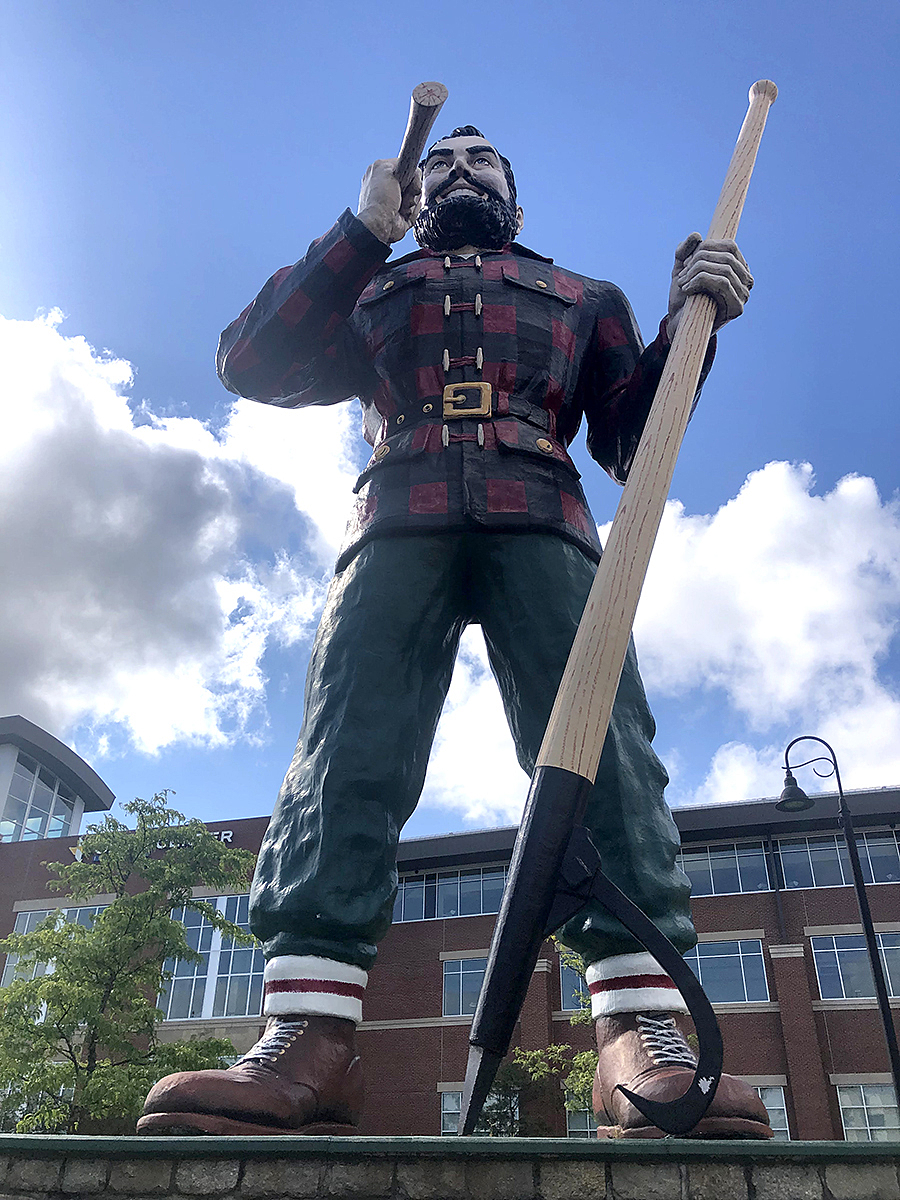 Many states claim that Paul Bunyan was from there, but Bangor claims to have the actual birth certificate of such an individual. At any rate, the statue is neat. It's 3700 lbs and is wind-tested to 110mph. There's also a time capsule in the bottom that's supposed to be opened in 2084!

It was kinda weird taking pictures of this dudes house, but there were a bunch of other people also doing the same thing so we didn't feel like total creepers. Stephen King lived here for 37 years, but now purportedly splits his time between another city in Maine, and FL. This place now holds archives of his work, and was supposed to serve as a writers retreat. 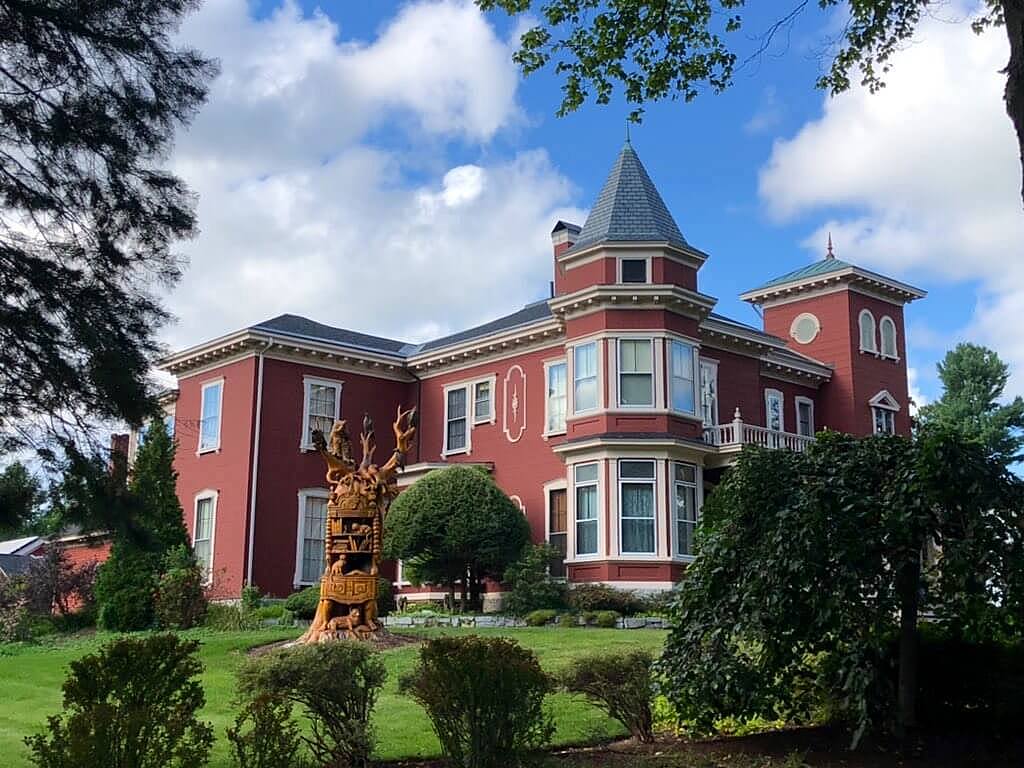 There's a very large and weird statue in the front-yard, which seems to be a smorgasbord of some of the characters and things in his novels.

I guess no trek in Maine is complete without lobster. Admittedly, we're not much of lobster fans. It's just prepared a lot differently than it is down in south, especially in FL. The fish and chips were good! 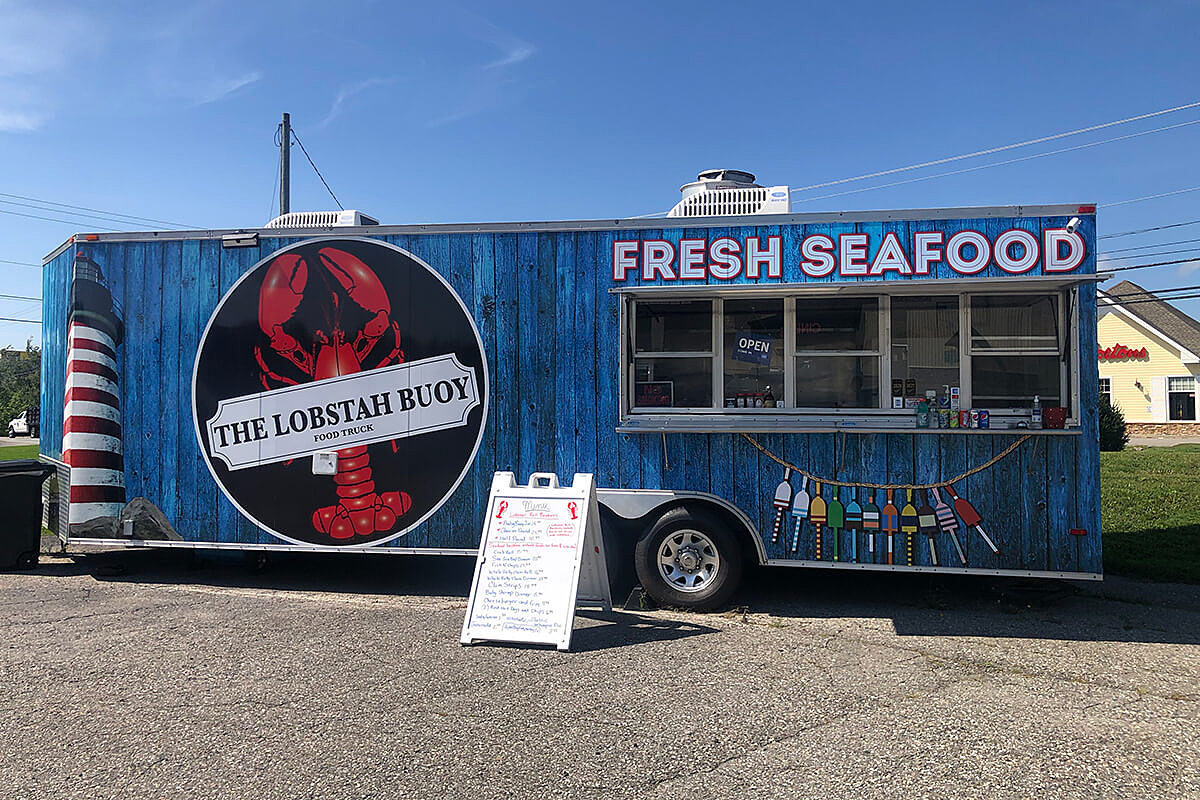 And you could sit and watch the planes take off from Bangor International Airport. The big thing here are Lobster Rolls. I mean, it was good I guess? Again, we're just used to it being prepared differently, but it's always fun to try new things in new places. 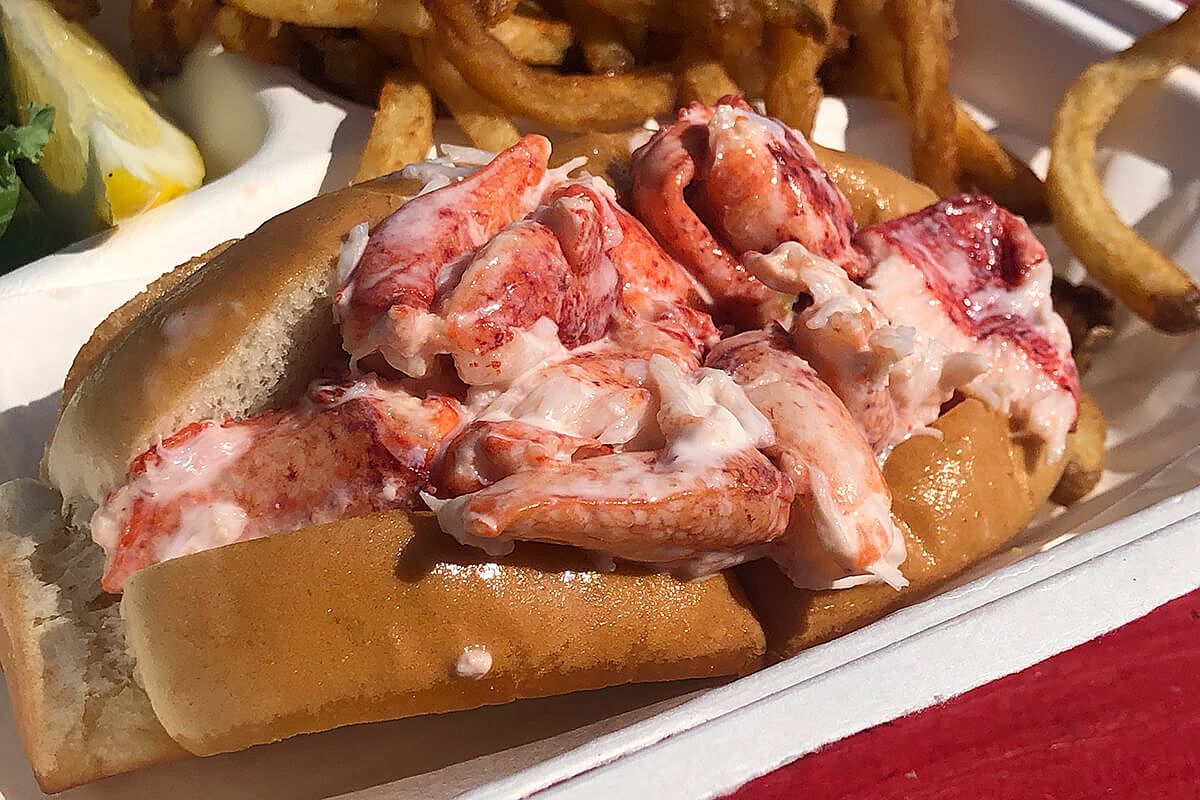 We'll be stopping at five cities across Maine and sampling all kinds of great seafood along the way. At the end, we'll be making a video on the best of the best!

That wraps up the middle of Maine, so we're off to the coast! Catch you next week!