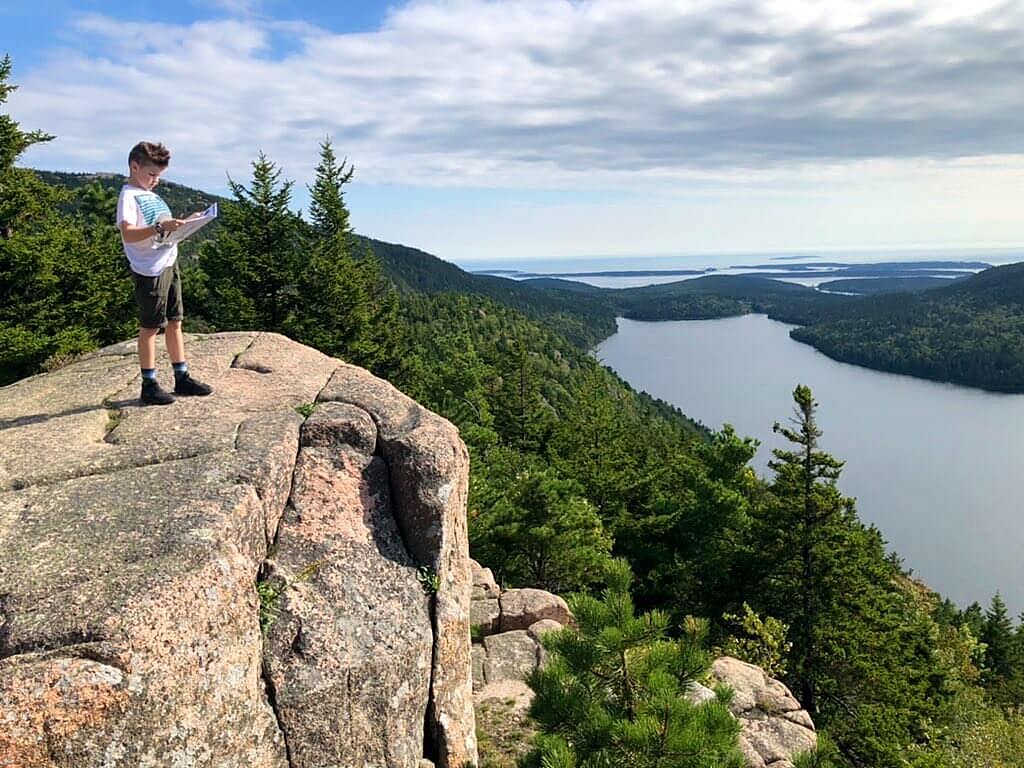 I think we messed up by going to Lubec first, because Acadia was naturally such a massive departure from that tiny little town! It was incredibly busy here, despite being out of season. This made for exploring a little challenging, especially when you're not the type to want to be around large groups of people.

Timing, it seems, is everything with Acadia National Park. This means getting out really early in the morning, or traveling well outside the typical crowded areas.

Absolutely beautiful 3.2 mile trail that loops around Jordan Pond. There's ample parking but this fills up very quick even during the week. We got here early in the morning and had the pleasure of at least half the trail without anyone else around. 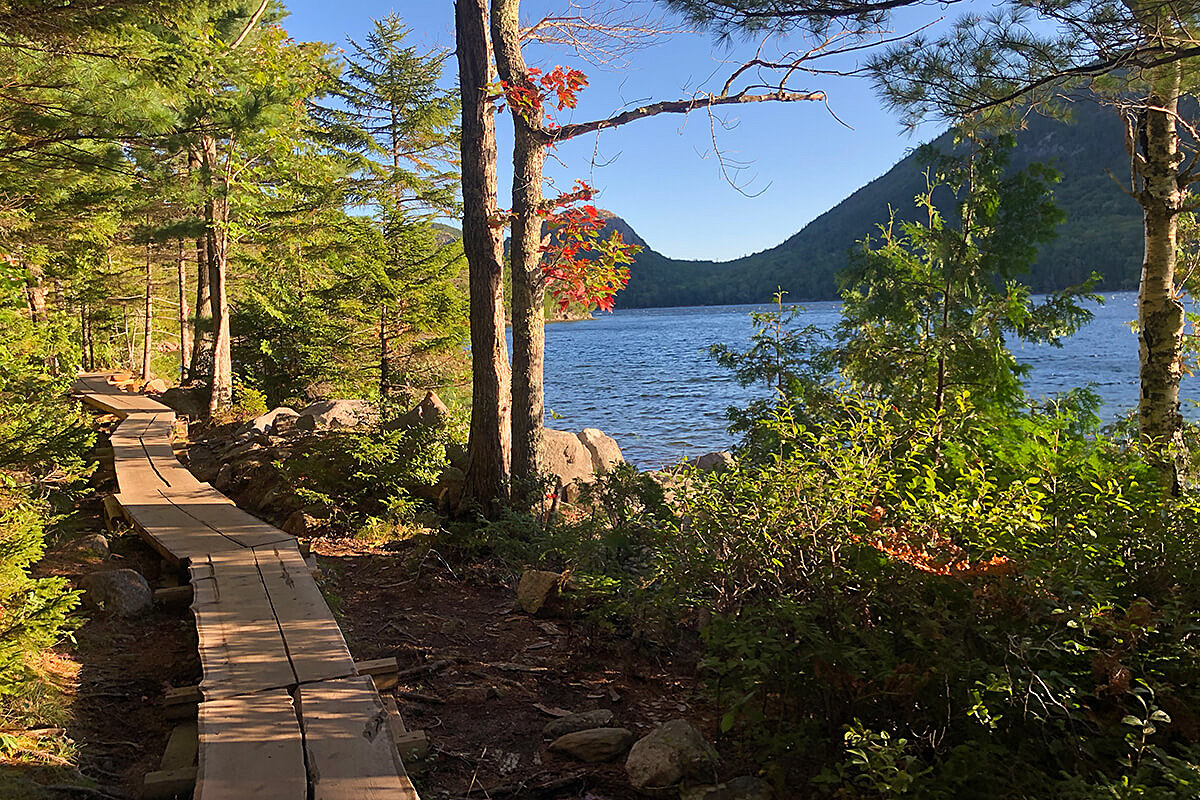 There's a single person boardwalk that goes around at least half of the Western side of the trail, which adds some cool points because it's unique, and it's a way of protecting the fragile ecosystem here.

The Jordan Restaurant is also here at the Southern end of the pond, and apparently the "thing to do" here is to enjoy afternoon tea and popovers on the lawn. It sounded a little pretentious for our taste, and coupled with the 1-2 hour wait just for that, seemed like too much hassle for very little reward.

This two mile out and back trail crosses a land bridge that only forms at low tide! Seriously cool to be able to hike to this island that's only accessible with the water is low enough. The land bridge itself is in Bar Harbor, but Bar Island is part of Acadia National Park. 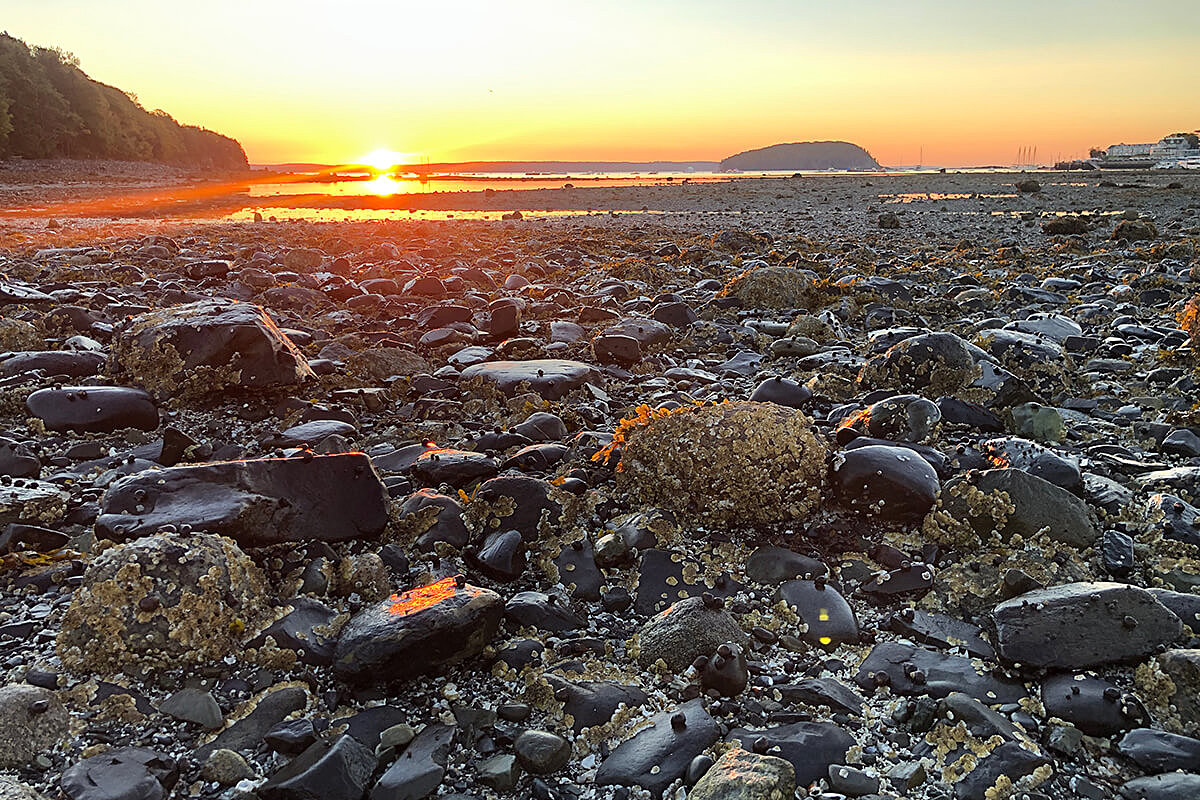 They recommend you get there 1.5 hours before low tide, and make it back no later than 1.5 hours after low tide. That 3 hour window is VERY generous, as we managed to hike it in less than 30 minutes.

If you can time it just right to hike it at sunrise, you'll be treated to some wonderful views!

This is a very popular and busy path that runs along the side of the road. It opens up in some points, but with it going right alongside the road, it kinda destroys the appeal of it. You do get some really wonderful views of Sand Beach! 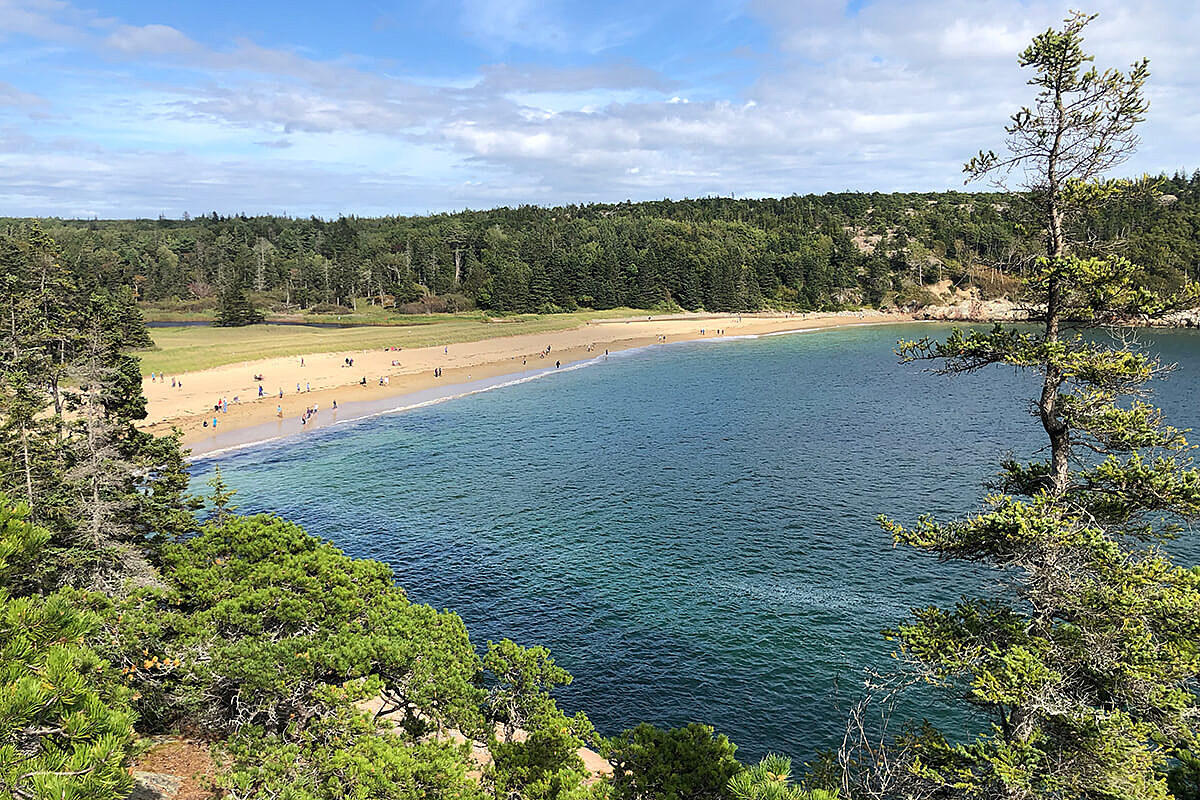 Also, the path does take you past Thunder Hole, which is pretty neat to see if you haven't see it before.

The best time to see this is about 2 hrs before high tide. We were there about 3 hours before and got a good "whooooosh" of water from the cave! It was surprisingly interesting because of how quickly the water enters and recedes!

If you want to avoid the crowds at Acadia National Park, you have to go to the most seldom visited location in the park boundaries; the Schoodic District. 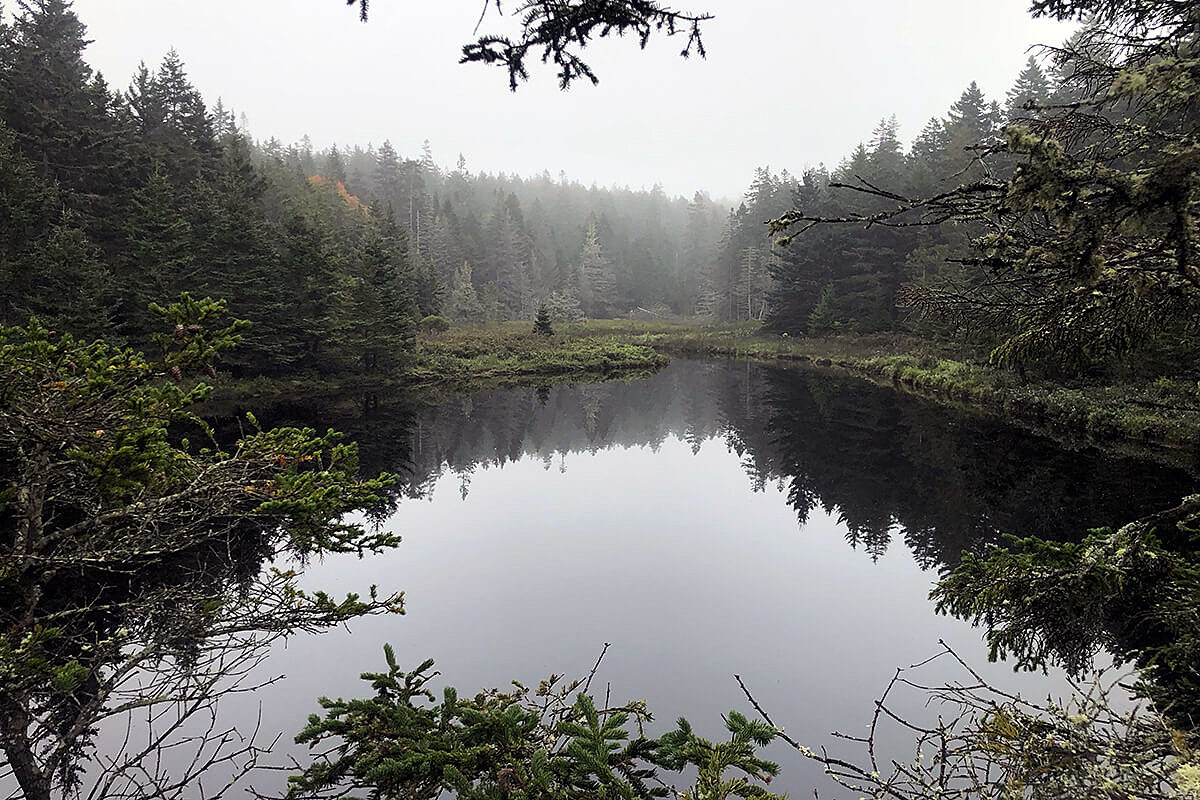 This area is a solid one hour drive East of Mount Desert Island, in an area where most visitors to Acadia National Park rarely venture. 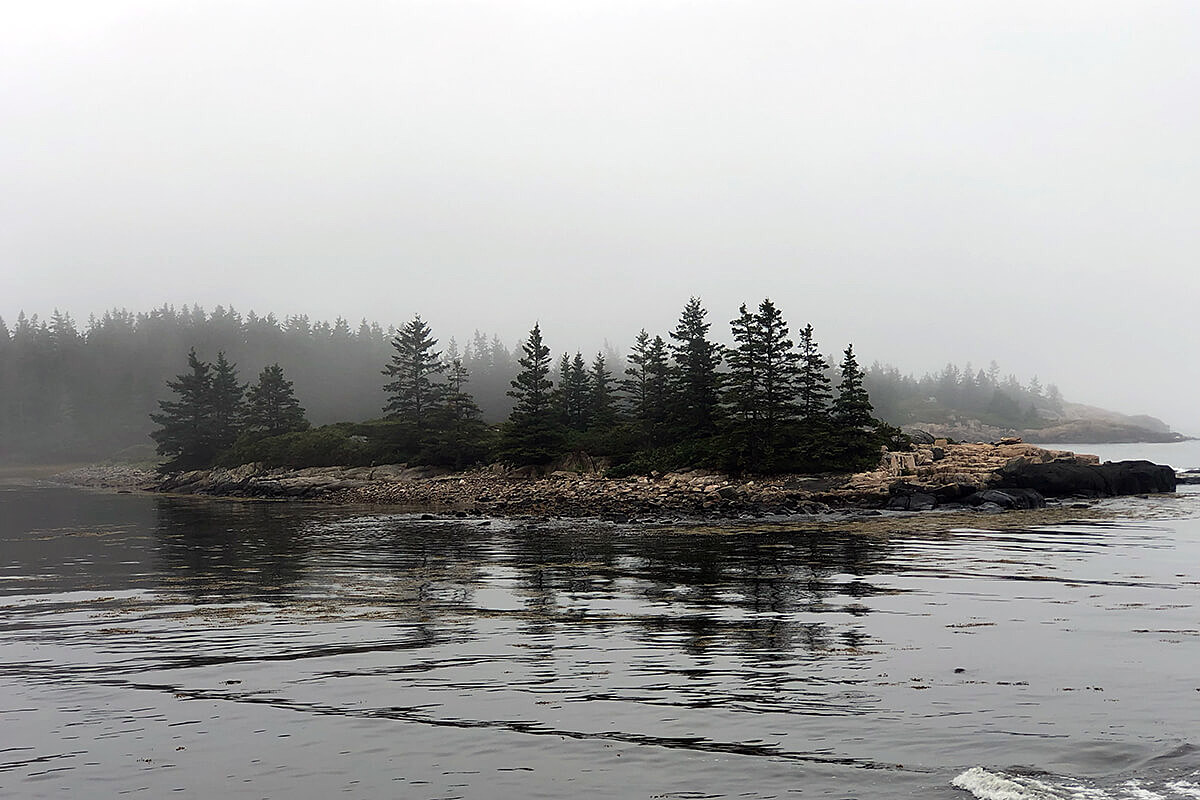 We particularly enjoyed this area because there was a lack of people! It was really foggy the day that we went, which added to the coolness factor of the area. 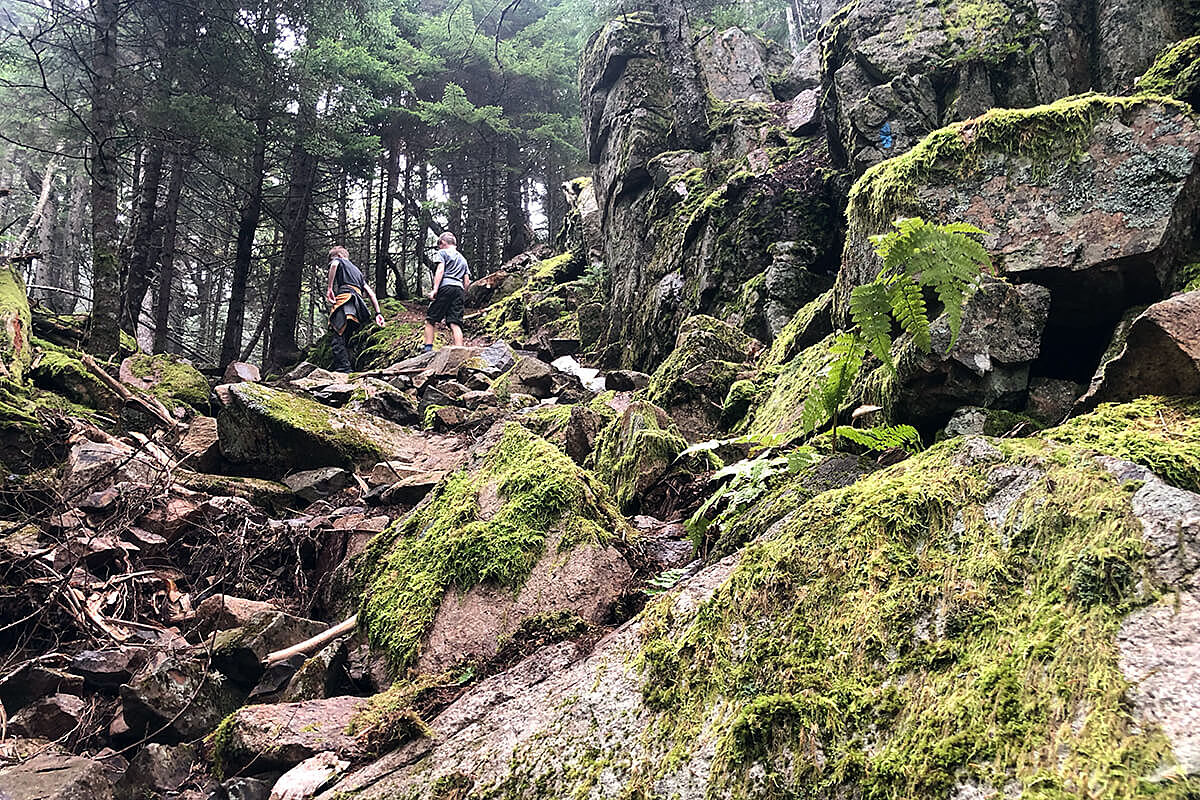 There's a small hike that goes up to Schoodic Head, and even though it was foggy on the day that we went, it was still worth exploring.

This is an hour SouthWest of Acadia National Park, and at first we weren't really sure if we wanted to make the drive. But the reviews of the place, and the certain, umm, allure of it, just kept drawing us in. 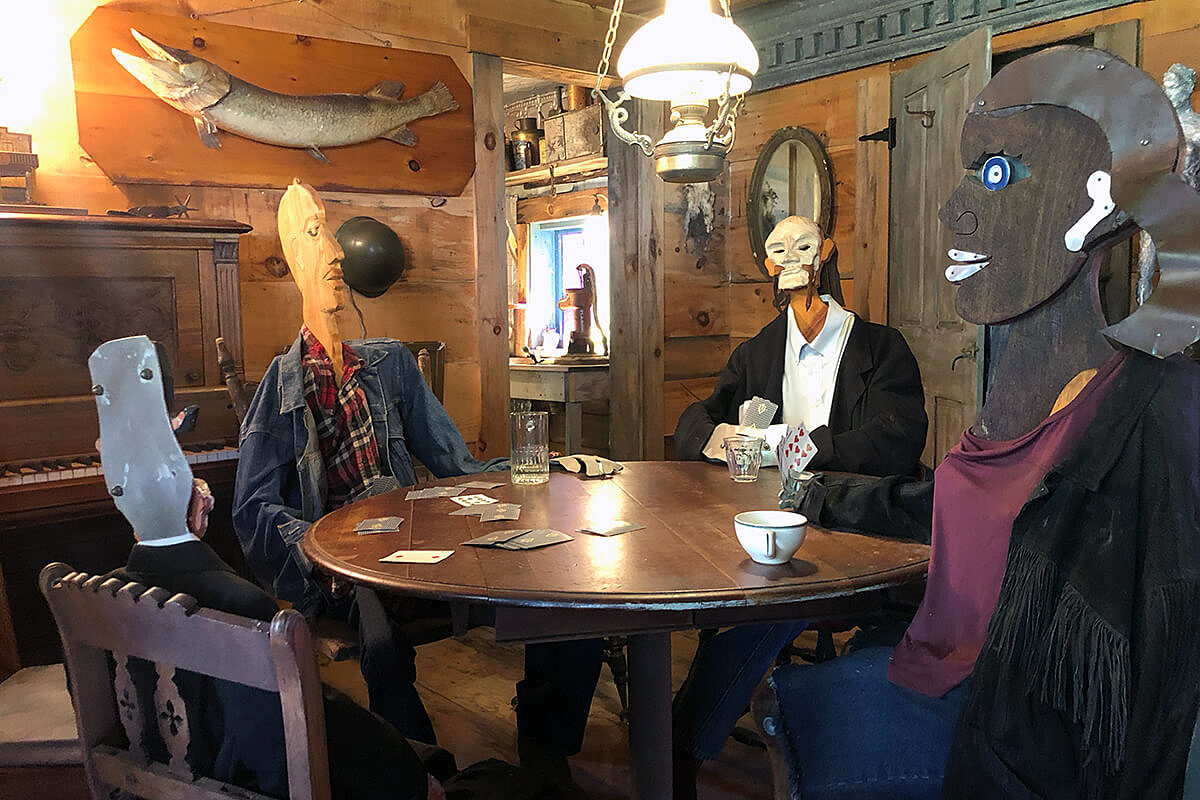 It did not disappoint!

What a random and wonderful and strange collection of things, organized in such a way that it seems like art! It's a place to really slow down and take your time because there's so much to take in. 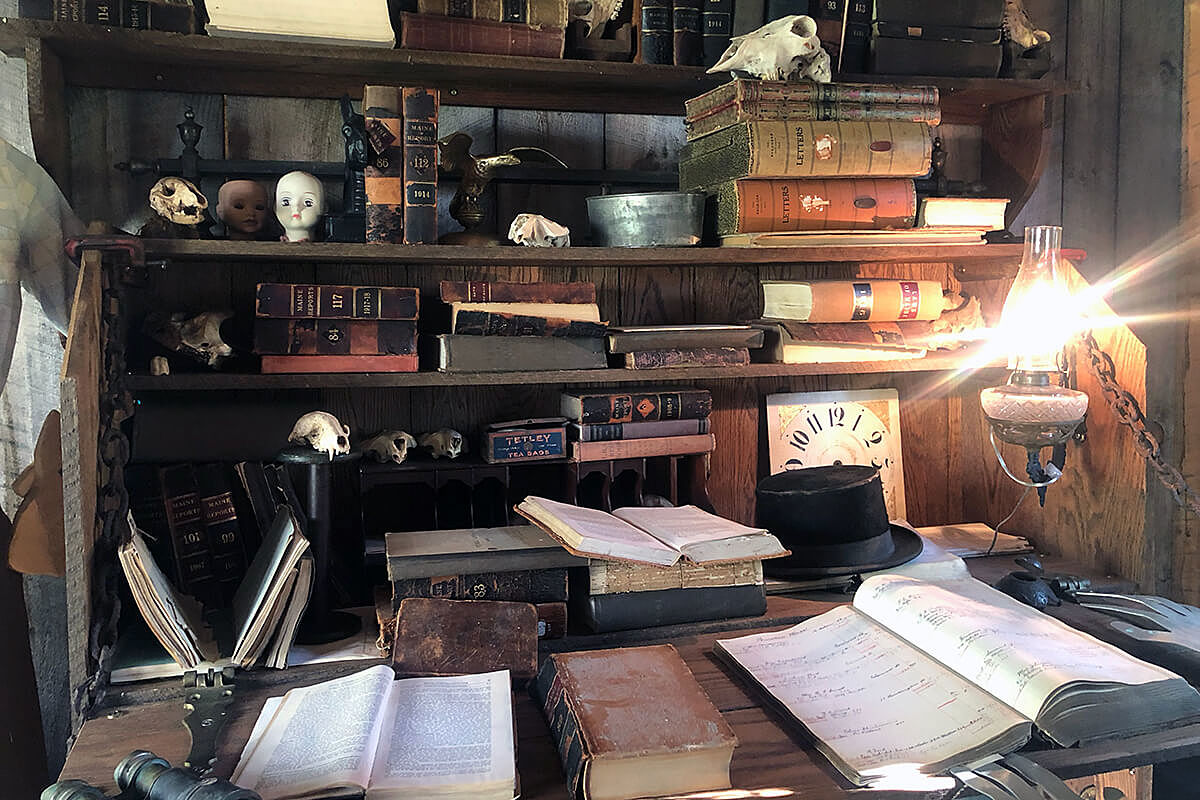 Along with their weird statues and displays, they sell a wide variety of homemade jams and jellies. We picked up some pickled blueberries and some chutney, the latter was really good! The former...well...you have to try everything at least once I guess.